Here’s our List of the Top 50 Pinball Tables - best of all times. We have used rating information from other top pinball lists and current sales trends in our rankings. We’ll be updating this list regularly. Our Virtual Pinball Machines allow you to play all of these top rated pinball tables in one single pinball cabinet.

1. Medieval Madness
Medieval Madness is a Williams pinball machine released in June 1997. Designed by Brian Eddy and programmed by Lyman Sheats, Medieval Madness had a production run of 4,016 units. It was an immediate critical and popular success, earning well on location and achieving widespread popularity among collectors.

3. Twilight Zone
Twilight Zone is a widebody pinball machine, designed by Pat Lawlor and based on the TV series of the same name. It was first released in 1993 by Midway (under the Bally label). This game is part of WMS’ SuperPin line of widebody games alongside Star Trek: The Next Generation and Indiana Jones: The Pinball Adventure.
4. Metallica
Metallica pinball includes 12 ‘Tallica songs with “Master of Puppets,” “One,” and “Fade To Black” among them. Features include an electric chair, snake, grave markers and lots of other bells and whistles along with art by our friend Dirty Donny.

6. Star Trek (Premium/LE)
Inspired by the Star Trek and Star Trek Into Darkness films, the newest Stern machine puts players in Captain James Kirks chair of the U.S.S. Enterprise, embarking on a journey to protect and defend the planets of the Federation.

7. Monster Bash
Monster Bash is a pinball machine produced by Williams. The game features some Universal Monsters including The Creature from the Black Lagoon, The Wolfman, Frankenstein's monster, the Bride of Frankenstein, Dracula and The Mummy.
8. The Addams Family
The Addams Family is a pinball machine from March 1992, manufactured by Bally Manufacturing Co. and designed by Pat Lawlor. Addams Family was at the time, and remains to this day, the most commercially successful pinball machine. Based on the movie of the same name, released in 1991, the Addams Family Pinball features custom speech by the movie's actors Anjelica Huston and Raúl Juliá.  The game features a four flipper layout including numerous Lawlor staples, such as the shot through the bumpers, and the upper-flipper ramp shot. The game has many uniquely notable features including an animatronic hand with a built in magnet that will grab and lock pinballs for multiball, as well as a computer controlled mini flipper that, using artificial intelligence programming, learns to shoot a tricky cross-playfield shot with remarkable consistency. This game is also frequently credited with popularizing the "wizard mode" (despite not being the first game to have one). A true success for Bally/Williams, Addams Family holds an important place in pinball history, and well deserves its sought after status.

10. AC/DC
AC/DC is a pinball machine manufactured by Stern Pinball based on the Australian band of the same name. Designed by Steve Ritchie, it was released on March 1, 2012.  The machine was confirmed in January 2012 with the release of a teaser video showcasing the game, along with the twelve songs involved in its soundtrack. Each song is the subject of a mode, from which players can work towards a multi-ball for additional points. It features a swinging bell involved in the Hells Bells mode and a lower playfield in the Premium/LE editions for modes that use the word Hell in the song's title.
11. Spider-Man
Inspired by the Marvel Universe Comic series, Spider-Man Vault Edition is an update of the pinball classic. The game features all-new art, animation and sound packages based on the legendary Ultimate Spider-Man comic series.

12. Indiana Jones
Indiana Jones pinball is a tribute to the saga of Indiana Jones and it holds in one game all four successful movies dedicated to the George Lucas’ character. In fact on the playfield there is an area dedicated to each of the four episodes: so one part is reserved for ‘Raiders of the Lost Ark’, one part for ‘Temple of Doom’, another one to ‘Last Crusade’ and finally one part dedicated to the last title: “Kingdom of the Crystal Skull”.

14. White Water
White Water is a 1993 pinball game designed by Dennis Nordman and released by Williams. The theme is based on White water rafting, which is reflected in the game’s ‘wild’ ramps and very fast gameplay.

16. Scared Stiff
Scared Stiff is a 1996 pinball game designed by Dennis Nordman and released by Midway (under the Bally label), featuring horrorshow-hostess Elvira. It is the follow-up to 1989’s Elvira and the Party Monsters, also designed by Nordman.

17. Revenge From Mars
Revenge from Mars is a 2000 pinball machine manufactured by Midway (under the Bally label). It is the sequel to Attack from Mars, that also has the same theme.

18. Funhouse
As its title suggests, the game is themed after the concept of a funhouse, a walk-through amusement park featuring many attractions.

19. Cirqus Voltaire
Cirqus Voltaire is a 1997 pinball game, designed by John Popadiuk and released by Midway Games (under the Bally label). The theme involves the player performing many different marvels in order to join the circus.

22. The Shadow
The Shadow is a 1994 pinball game designed by Brian Eddy and released by Midway (under the Bally label). It is based on the 1994 movie of the same name.

25. Wizard of Oz
JJP has assembled an impressive group of talented veterans who are creating a game with all the toys mechanisms play action and fun that will be played and loved for generations to come.

26. X-Men
X-Men Pinball is based on the Comic Books, which have a tremendous fan and collector following. The theme and art lend themselves to Pinball. The art on our X-Men pinball is fantastic, bright, different than any recent games. This game has a lot of mechanical action, with great devices, magnets, etc.

27. Transformers
Transformers pinball machine is based on the popular action figures and movie franchise.

28. Family Guy
Family Guy pinball is based on the animated series of the same name. Some of the table’s main features include a “TV Challenge” drop hole, a beer can giant target, an Evil Monkey’s Lair ramp, and Stewie’s Mini Pinball.

29. Judge Dredd
Judge Dredd is a four-player pinball game produced by Bally Manufacturing in 1993, based on the British comic strip Judge Dredd in 2000.

30. Cyclone
Cyclone is a pinball machine released by Williams Electronics in 1988. It features an amusement park theme and was advertised with the slogan "It'll blow you away!"
Cyclone was the 2nd machine from Williams after Comet depicting the Coney Island amusement park. The game has no multiball which is not typical for its era. The next sequel was Hurricane in 1991.  A revolving mystery wheel is placed in the backbox - ranging from Zilch to 200k, Extra Ball, and Special. A ferris wheel one on the playfield carries the ball for a portion of its rotation. The playfield features boomerang, comet, spookhouse, and cyclone shots. Images on the moving ferris wheel depict a young couple kiss as it turns. The art on the side of the backbox features an asian type dragon and on the side of cabinet a carnival type design.

31. Fish Tales
The game’s theme is fishing, with a general goal of catching as many fish and telling the biggest lies about their size possible. The machine’s backglass is topped with a plastic fish that thrashes its tail when the player achieves certain goals, and the players launches balls with an autoplunger shaped like a fishing rod.

33. Johnny Mnemonic
Johnny Mnemonic is a pinball machine from August 1995, manufactured by Williams Electronic Games, Inc.  It is based on the motion picture of the same name.

34. No Good Gofers
No Good Gofers was Pat Lawlor’s final design for Williams before their eventual closing in 1999. The game revolves around Buzz and Bud, two gofers who are reaking havoc on any and all golfers playing on their “turf”. The gofers “pop-up” during gameplay to taunt the player, as well as provide entry ways to locks.

35. Guns N’ Roses
Guns N’ Roses was a pinball machine based on the rock group Guns N’ Roses. The artwork featured photos by Robert John from his book Guns N’ Roses: The Photographic History. This game was a widebody pinball game with several unique twists. Among them, was an old fashioned revolver, which players used to start the game as opposed to the typical plunger.

37. Bram Stoker’s Dracula
Bram Stoker’s Dracula pinball is based in the 1992 film of the same name. The game is characterized by its unusual blood-red DMD display (most other games at the time used orange for their color) as well as a “Multi-Multi-Ball” mode, where up to three different multiball variations can be activated at the same time, with each successive active mode providing a jackpot multiplier of up to 3x.

38. Champion Pub
Champion Pub is a great boxing themed pinball machine. The goal is to advace through rounds by knocking out opponents to become the Pub Champion. Only a few of these machines were made.

39. Mustang
Players will experience the thrill of building an amazing collection of the most desirable Mustangs; including GT’s, Mach 1’s, Cobras, Boss Mustangs and the 2015 Mustang

40. Sopranos
THE SOPRANOS pinball, offers would be wise guys a dynamic interactive experience into the world of the critically acclaimed and award-winning HBO hit television series THE SOPRANOS

42. Jurassic Park
Jurassic Park is a pinball machine produced by Data East Pinball. It is based on the motion picture of the same name.

43. Doctor Who
Doctor Who is a pinball machine designed by Bill Pfutzenreuter (Pfutz) and Barry Oursler, and released by Midway (under the Bally brand name) in September 1992. It is based on the television series of the same name.

44. Bride of Pinbot
The Machine: Bride of Pin*Bot is a 1991 pinball game designed by Python Anghelo and John Trudeau (Dr. Flash), and released by Williams. It is the second game in the Pin*Bot series, and is the last game produced by Williams to use a segmented score display rather than a dot-matrix screen.

45. Avengers
For almost 50 years The Avengers have delighted fans through comic books, television series and movies. Stern is thrilled to bring the franchise to pinball and provide fans with a new medium through which to enjoy The Avengers.

46. NASCAR
NASCAR pinball is based on the popular sport of stockcar racing. It is a fast-paced machine with lots of action!

47. No Fear
No Fear: Dangerous Sports is a 1995 pinball game designed by Steve Ritchie and released by Williams. It is based on the clothing line. This game has an extreme sports theme.

48. Who Dunnit
Who Dunnit pinball machine with a 1940s style and murder mystery theme. The playfield features up to five different murder mysteries by revealing clues by sending the ball to an elevator, phone, or slot machine. The machine accepts up to four players, and features 4-ball play.

49. Dirty Harry
Dirty Harry pinball is based on the fictional character of the same name. If you are a Clint Eastwood fan, this machine is a must have.

50. Dirty Harry
Dirty Harry pinball is based on the fictional character of the same name. If you are a Clint Eastwood fan, this machine is a must have. 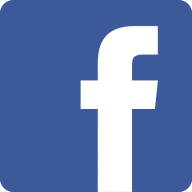 About Us
Financing
Gallery
FAQs